Connecting young professionals with Canada’s most admired leaders, while supporting advancements in children’s health at SickKids.

A networking event in its third year, Breakfast of Champions had set ambitious targets for fundraising in 2014 and required a redesign of its brand and identity to take it to the next level. We helped overhaul the logo, identity and corporate materials to raise the organization’s profile and give it added credibility.

The new look straddles the line between playful and inspiring, yet is serious enough that it gives the young organization clout when competing for attention amongst so many other charities. We also took the website through a complete redesign and developed it using the WordPress framework. Overall, the new brand meshes nicely with the SickKids identity, working well in tandem.


With an improved corporate profile providing a significant boost in credibility to the burgeoning organization, the 2014 Breakfast of Champions event raised more than $100,000, surpassing the previous year’s goal of $40,000. 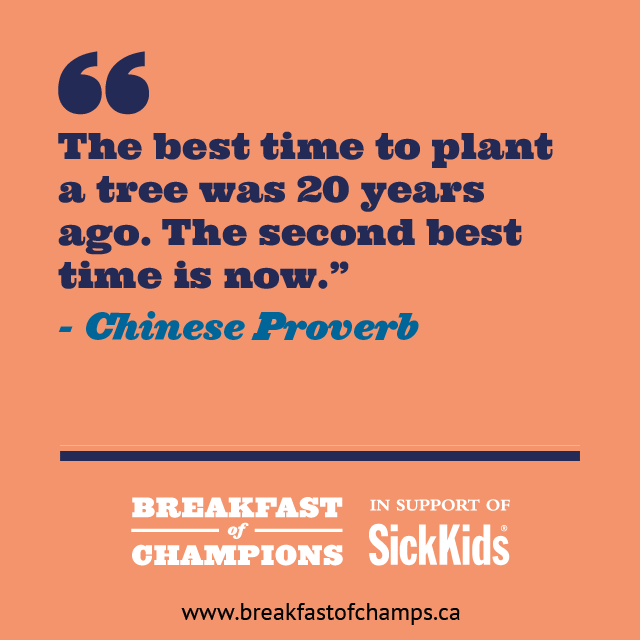 We work with clients across all industries. We'd love to learn more about your project.